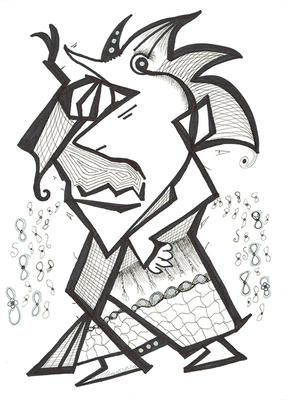 Welcome...
Kaci Designs
Established artist Shirley Kaci is back after a break from the art scene caring for her loved ones.
Her new website is now live! Over the years her work has graced the walls and shelves of offices and has been exhibited at various galleries around the UK. With over 30 years experience she has built up a vast collection of paintings including limited and unlimited prints. Her artwork is a crossover between a painting style and textile style. Bold, fun, bright, spontaneous expressive florals for those who like to infuse colour into their interior palate and a more monochromatic type feel in her fine detailed quirky sketches, often embellished with soft gold/silver or both. Easy on the eye, portraying quirky illustrations of faces forms and felines. A meeting of minds, imagination and reality. https://www.kacidesigns.com

August 2020 Shirley is in the process of setting up a new private facebook group.
Plans for 2021 to organise group events for those who would like to use creativity for relaxation.

Just prior to Christmas Shirley and her daughter launched their new e-commerce online shop. There you can see shirley kaci's surface pattern designs on Women's and Men's Clothing along with their Kaci Malone range of Homeware/Soft Furnishing products.
https://www.kacikit.com

To aid advancement and awareness to the pieces of work created by Shirley Kaci, it was a natural progression to exhibit as frequently as possible. These events helped provide a platform to accelerate her works. In many cases Shirley was the organiser and coordinator of these exhibitions. On the 6th of July 1996 Shirley managed to open her own gallery (MINDS EYE). With this new asset she was able to offer display space for other artists within her own facility, along with many of her own pieces. In only a short time she had managed to use the gallery to her advantage and this became the new platform for exhibiting her works.

2012 28th September: Isabel Hospice were running a theme to their shops called Midnight Walk. Shirley Kaci created a backdrop for their window display at the Galleria Shopping Centre Hatfield, Comet Way, Herts AL10 OXR. It was on displayed at the galleria for 2 weeks.

2011 June: Some of Shirley Kaci’s products were donated to Cancer Research for their fundraising week.

2010: Shirley Kaci was displaying her art and was a casual trader in the Art and Crafts section of the Market. Outside next to the market office. 72 Tavistock Road London W11 1AN.

2000 - 2010: Paintings displayed on the walls of Hill Partnerships Offices in Chingford

Shirley Kaci, formally known as Malone by her previous marriage and maiden name Lamb was born in North London. By the age of 10 her family relocated moving to Goffs Oak in Hertfordshire. The second youngest of four children she encountered many problems from a young age. With the loss of her father at age three, being separated from her siblings as well as not settling into her new environment, trying to make new friends and being bullied throughout her school years, as well as being a victim of childhood sexual abuse from the age of 10-13 and raped at the tender age of 13 by a stranger, all took its toll on her. As a consequence of her traumatic experiences she rebelled and although she had the potential to achieve great things, she lost all interest in school and left age 14 without any qualifications to pursue a career as a hairdresser. Over time she tried various types of work was a bus conductress for London Transport, she managed an Off-licence, had her own market stall making and selling flower arrangements and worked as a care assistant for the elderly. Shirley is a very spiritual person who at a young age was able to read t-leaves and in recent years has given tarot readings for friends and family.

Her first memory of being creative was during her hairdressing apprentice. Her friends mum was a traditional artist who taught Shirley perspective and assisted Shirley with various homework projects. Following on from this, whilst Shirley was working on the buses. She doodled on the backs of bus tickets. The energy in her work advanced when she did her first water colour painting after miscarrying for the third time in 1989. She then spent time in Art Therapy to help her overcome the traumas she had faced both as a child and in adulthood. After rebuilding her confidence, she returned to study to take her first GCSE in English and social science, passed her exams and secured a place at Middlesex University.

Her first exhibition was in aid of the East Herts Miscarriage Association. Her work at this time was quite dark but thought provoking. Some of the guest found it really intriguing whereas others found it to be quite disturbing. She experimented with various mediums and the mood and style of her work shifted becoming much brighter after the birth of her daughter. 1996 was the turning point for Shirley when she opened her own gallery. During this time she continued to not only exhibit her works with other artist in London but also organised the events. One of her exhibitions in London an open exhibition displayed the works of 35 artists. This was a big achievement for Shirley as she had previously only organised exhibitions for two small local art groups.

Shirley returned to study after closing her business due to the breakdown of her marriage and after loosing her home whereby she had to live in a Women's refuge with her two children aged 11 and 3. She was given the opportunity to go to college and study construction trades during 1999. She completed her studies in record time achieving NVQ 1 and 2 in bricklaying, painting, decorating and horticulture. She partook in transnational visits, was selected for a BBC survival programme and worked on a building site building 10 flats and a community centre local to where she lives. While working on site she was introduced to the CEO of Hill Partnerships LTD and persuaded him to look at her paintings with the view to displaying them in their offices. From 2002-2010 Shirley supplied bespoke greeting cards for Hill Partnerships for their clients at Christmas and also made a bespoke range of limited edition miniature sculptures which they also gave to their clients as Xmas gifts.

Shirley describes her work in two ways; her therapy paintings liberate her unconscious mind allowing her to explore what makes her who she is acting as an alternative to prescribed medicine thereby allowing her to be unhindered by societal expectations. It is only after completion and reflection that the content and messages in these paintings become apparent. Shirley calls these works expressive in style as for her they have unearthed parts of the soul and mind that she was unconsciously aware of.

She describes her conscious painting style as abstract expressionism because at the time of producing these artworks she is making conscious decisions with regards to the choice of colour, form and the materials she chooses but the abstraction is deliberate and enables her to depict the story in each piece without giving too much away. The expressive side to these works are in response to her feelings about any given situation. It could be as simple as a day when the sun is shining or listening to the wind and rain hitting the window.

Shirley Published her first book in 2014 after a major breakdown. Her book may be purchased through blurb. https://www.blurb.com/b/5223037-my-journey-into-art-through-mental-illness She is now planning a retrospective the venue is yet to be finalised however her plan is for either the end of 2020 or early 2021.

Please contact me by email for any information related to my artwork.
info@kacidesigns.com